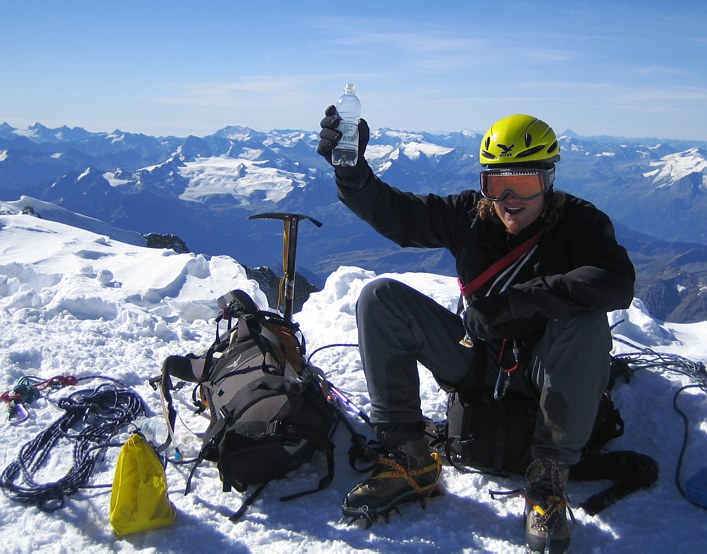 Our plan was to climb Mont Blanc via the Italian Route from Courmayeur. This route, also known as the "Pope Route" because it was first climbed (in descent) by a party that included the men who later became Pope Pious XI, is the normal route from Italy. It is a bit harder but considerably less crowded than the normal route from the French side that starts at the Refuge de l'Aiguille du Gouter. Since we wanted to do a traverse of the mountain we had considered several possible ascend routes. An obvious choice would have been to descend via the popular Gouter route. The main reason for us not to ascend via that route was that there is an infamous gully that one has to cross sprinting because it is very prone to rockfall. Instead, the plan was to descend via the Trout Mont route to the Aiguille du Midi that rises high above Chamonix. There we planned on staying in the Refuge des Cosmiques. From there on our plans were not well shaped. We had the whole week to spend, had picked out a few possible day climbs but nothing was set in stone. We also knew that we would be pretty tired and would have to take this into account too.